Three Things You Need to Know About Windows 10X 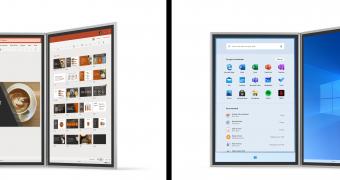 Microsoft’s Surface event on October 2 wasn’t only about hardware, but also about software, with the software giant unveiling a new version of Windows 10 that’s supposed to power an entirely-new category of products.

Called Windows 10X and previously codenamed Windows Lite, this new OS was developed with dual-screen and foldable devices in mind.

So much that it’ll also be installed on Microsoft’s very own dual-screen device called Surface Neo, which according to the software giant, should be here by the holiday season of 2020.

The same platform will power similar devices from Microsoft’s partners, and you can include here pretty much every name that worked with Microsoft in the PC market. This is a strategy that worked like a charm in the past for the 2-in-1 product category, as Microsoft built a new device to pioneer this form factor, only for partners to come up with their own devices available with various specs and price tags.