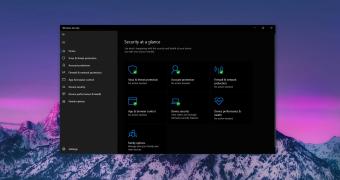 Windows Defender has become one of the top security solutions in the Windows ecosystem, and the recent antivirus tests pretty much speak for themselves.

Once an antivirus application that most people avoided, Windows Defender now provides a fully-featured protection system that’s on par with the ones of leading security vendors, including here Kaspersky and Bitdefender.

And truth be told, Microsoft has indeed put a lot of effort into getting Windows Defender right, so at this point, this name doesn’t just represent an antivirus product pre-installed in Windows, but a full suite of security features that everyone running Microsoft’s desktop OS gets by default.

Windows Defender, which has evolved to become Windows Security in Windows 10, now groups every security-related feature or setting in the operating system, from the antivirus engine and account protection to parental controls and device health.