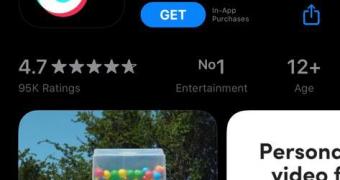 The September 15 deadline for the TikTok is almost here, and the Chinese company could end up shutting down in the United States if the deal with Microsoft doesn’t go through.

The officials involved in the takeover talks have remained completely tight-lipped lately, but we still found out that in addition to Microsoft, other parties have been interested in buying TikTok too, such as Oracle and a group of companies that included Google parent firm Alphabet.

While Microsoft has remained in pole-position to purchase TikTok, the September 15 deadline is just around the corner, and according to an announcement today, the deal won’t go through.

“ByteDance let us know today they would not be selling TikTok’s US operations to Microsoft. We are confident our proposal would have been good for TikTok’s users, while protecting national security interests. To do this, we would have made significant changes to ensure the service met the highest standards for security, privacy, … (read more)
Remember to like our facebook and our twitter @WindowsMode for a chance to win a free Surface Pro tablet every month!