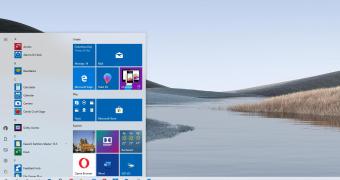 The most recent cumulative update for Windows 10 version 1903, or May 2019 Update, could break down the Start menu.

Microsoft has already acknowledged the bug and promised a fix in the coming weeks, most likely in the late October rollout when new cumulative updates are shipped to Windows 10 devices.

Windows 10 cumulative update KB4517389 was published on October 8 as part of this month’s Patch Tuesday cycle. The update increases the OS build number to 18362.418 and resolves an issue breaking down printers.

However, the same cumulative update causes other problems with the Start menu, as several users have previously reported that after installing KB4517389, clicking the Start button no longer launches the menu or generates an error.

Microsoft employee Paul Sey says in a post on the Microsoft Community forums that this is a <a href="https://answers.microsoft.com/en-us/windows/forum/all/start-menu-showing-critical-erro… (read more)