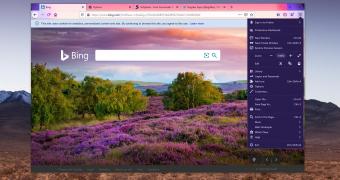 Needless to say, Firefox 81 comes with several worthy improvements, and the first of them is the introduction of a new visual theme called Alpenglow.

As we’ve known for a while, Firefox already supported dark and light modes, and the browsed could also follow the system visual style. In other words, if Windows 10 was configured to use the black mode, Firefox switched to the dark theme too, and the same thing for the light visual style.

But beginning with this new update, Firefox also introduces a stylish Alpenglow theme, and this one is available on all desktop platforms, not just on Windows. It needs to be manually enabled from the settings screen.

“In addition to our default, dark and light themes, with this release, Firefox introduces the Alpenglow theme: a colorful appearance for buttons, menus, and windows. You can update your Firefox themes unde… (read more)
Remember to like our facebook and our twitter @WindowsMode for a chance to win a free Surface Pro tablet every month!