What’s New in the Latest Skype Version for Windows 10 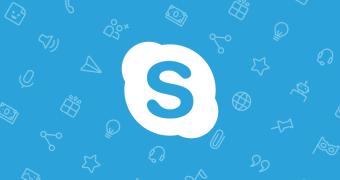 Skype has long been a super-popular Microsoft service, and this is the reason the company bought it in the first place, but it’s not a secret that it in the latest few years, it kind of lost ground, especially as the adoption of mobile competitors like WhatsApp and FaceTime skyrocketed.

Microsoft has previously tried to make Skype available pretty much everywhere, and the company has even released major updates to refresh the app and reposition it as a better rival for the apps mentioned above.

So Skype for Android and iPhone has already received a makeover that makes it a better messaging platform for mobile devices, but on the other hand, the company still struggles to find a way to overhaul the app on Windows 10 too.

Many believe Skype itself no longer makes sense, especially as the Redmond-based software giant is pushing so hard for Microsoft Teams. And the latest few months are the living proof that Teams is the service that deserves most of the love, especia… (read more)
Remember to like our facebook and our twitter @WindowsMode for a chance to win a free Surface Pro tablet every month!