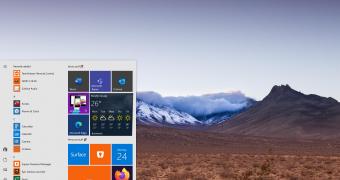 Microsoft has just released a new Windows 10 preview build to users who are enrolled in the Windows Insider program in the Dev Channel.

Windows 10 build 20201 doesn’t come with any new features, as the focus this time is exclusively on bug fixes. In other words, you won’t any new stuff here, as build 20201 is all about improving the performance fixing bugs that have been discovered in the OS.

There are five different improvements in this new build, and the first of them concerns the Microsoft Store.

As we’ve known for a while, Microsoft has tried to make the Microsoft Store the one destination for everything, including for games. But more recently, some of the games that were offered through the Microsoft Store actually failed to launch, and Microsoft says it’s because of a bug that affects only Easy Anti-Cheat titles. And while the issue has now been resolved, the company explains that game developers themselves might need to come up with an update for the whole … (read more)
Remember to like our facebook and our twitter @WindowsMode for a chance to win a free Surface Pro tablet every month!