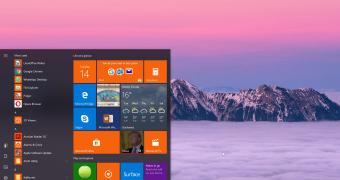 The May 2019 Patch Tuesday rollout brings a new pack of cumulative updates for Windows 10, and the October 2018 Update, or version 1809, is getting its own release.

Windows 10 October 2018 Update is the latest stable version of the operating system at this point, with its first successor projected to go live later this month.

The adoption of the October 2018 Update has so far increased rather slowly, so at this point it’s running on approximately 30 percent of all Windows 10 devices. In other words, there’s a chance some users might skip it entirely and move directly to the May 2019 Update coming in just a few weeks.

As for what’s new in cumulative update KB4494441 the focus is obviously on resolving security vulnerabilities in Windows 10, but also in Microsoft Edge, Internet Explorer, the Windows Scripting engine, and other modules. You can check out the full changelog in the box after the jump.

But as per Microsoft’s typical appr… (read more)