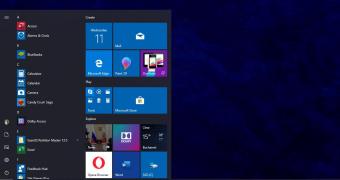 The September 2019 Patch Tuesday rollout also includes a cumulative update for Windows 10 May 2019 Update, or version 1903 as Microsoft calls it.

The cumulative update in question is KB4515384, and the first change that it produces on a device where it’s installed is an increase of the OS build number to 18362.356,

You can determine the OS build by clicking the Start menu and typing winver.

Like the other cumulative updates published on Patch Tuesday, KB4515384 comes with both security and non-security improvements, and one of the most notable concerns protections against the speculative execution side-channel vulnerabilities known as Microarchitectural Data Sampling and affecting 32-bit versions of Windows.