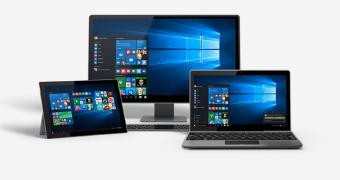 Microsoft has released new cumulative updates for all Windows 10 versions, including for May 2019 Update, also referred to as version 1903.

Windows 10 cumulative update KB4517389 increases the OS build number to 18362.418, so after the install, typing winver in the Start menu should return this number.

The new Windows 10 version 1903 cumulative update brings security improvements for Internet Explorer and Microsoft Edge, while also improving the process of verifying usernames and passwords and storing and managing files.

The most important change concerns an issue causing increased connection latency and CPU usage on computers, either clients or servers, that don’t use Extended Master Secret (EMS) RFC 7627.