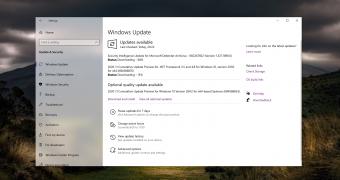 Microsoft has released a new Windows 10 cumulative update preview for version 2004 and 20H2, finally fixing a series of problems in the operating system ahead of the December 2020 Patch Tuesday cycle happening next week.

Worth knowing is this is the last cumulative update preview of the year, as Microsoft won’t publish an optional update in December.

“Because of minimal operations during the holidays and the upcoming Western new year, there won’t be a preview release (known as a “C” release) for the month of December 2020. There will be a monthly security release (known as a “B” release) for December 2020. Normal monthly servicing for both B and C releases will resume in January 2021,” Microsoft says.

As for what’s new… (read more)
Remember to like our facebook and our twitter @WindowsMode for a chance to win a free Surface Pro tablet every month!