Why Microsoft, Google and Mozilla Send Each Other Cakes After Launching Browsers 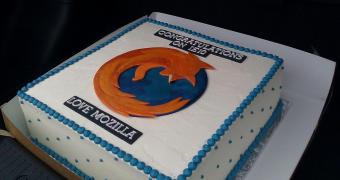 Microsoft, Google, and Mozilla might be fierce competitors in the browser market, but this doesn’t necessarily mean they don’t respect each other.

In fact, the migration of Microsoft Edge to Chromium brought Microsoft and Google closer together, as the two are now collaborating on improvements for the engine that’s powering their browsers.

However, the Microsoft-Google-Mozilla trio is part of a cake-giving tradition that makes the headlines every once in a while, as the three companies send each other delicious treats whenever one of them ships a new browser.

It happened this month when Microsoft released the new Chromium-based Microsoft Edge, and both Mozilla and Google sent cakes to the Microsoft Edge team to congratulate them on this new milestone.

The whole tradition was actually started by Microsoft back in 2006. At t… (read more)
Remember to like our facebook and our twitter @WindowsMode for a chance to win a free Surface Pro tablet every month!