Why Mozilla Firefox 71 Might Fail to Start on Windows 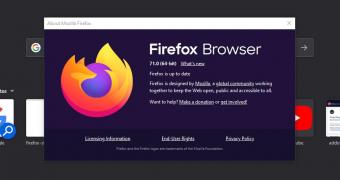 Mozilla rolled out a new version of Firefox earlier this week for all supported desktop platforms, but according to a number of reports, not everyone is getting a completely flawless experience.

And by the looks of things, the problems that some users experience aren’t necessarily related to the improvements that Mozilla introduced in the browser, but to the way the application interacts with the security software running on a device.

More specifically, some users complain that Mozilla Firefox no longer runs on their device after updating to version 71. In other words, a perfectly working instance of Firefox 70 is updated to version 71 using the built-in update engine, after which the browser no longer launches.

This is something that several users have reported and which Mozilla is apparently aware of, as a discussion on Bugzilla confirms the company noticed the complaints posted this week by … (read more)
Remember to like our facebook and our twitter @WindowsMode for a chance to win a free Surface Pro tablet every month!