Winamp Gets the First Stable Update in Years 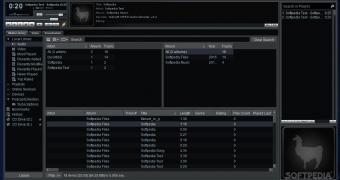 There was a time when Winamp was installed on almost every single Windows computer, as it was considered a must-have app for anyone who wanted to listen to music on their devices.

Tech-savvy users probably know what happened next. After the parent company got new owners, the development of Winamp stagnated, so the application kind of lost its coolness, especially because of the lack of modern capabilities.

However, the Winamp project lives on, and not a long time ago, a beta build showed up out of nowhere with a series of rather subtle refinements.

Now the same improvements are making their way to the first stable update in so many years, as Winamp 5.9 is now available for download.

As said, Winamp 5.9 doesn’t come with any breaking changes, and one of the most notable is the full support for Windows 11. In other words, if you plan to run the app on Microsoft’s most recent operating system, Winamp should now feel at home after installing the latest update.