Winamp, The Legend That Got Lost in the Modern World 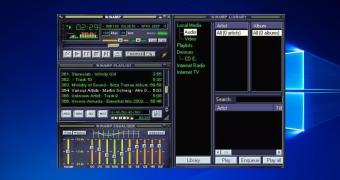 While the world is all about Spotify, Apple Music, YouTube Music, and other streaming services nowadays, there was a time when everybody just wanted (and had no option than) to play their own music libraries.

Those were the days when Winamp was the number one media player out there, with millions of users on Windows and macOS turning to this app to handle their large music libraries.

The Winamp usage peaked at 60 million users in 2001 at a time when it was pretty much the most popular media player on Windows.

While we won’t discuss the versions of Winamp and the updates that the app received, it’s worth emphasizing that the first version actually launched 23 years ago in April 1997. But the most successful release was Winamp 2, which was released only a year later and which everybody just loved.

It came with support for skins and plug-ins, playlists, visualization, and so much more, and this eventually turned it into a must-have app on Windows. The popularity of … (read more)
Remember to like our facebook and our twitter @WindowsMode for a chance to win a free Surface Pro tablet every month!