Windows 10 19H1: How to View Protection History in Windows Defender 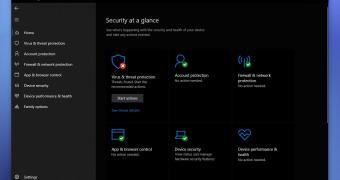 Microsoft says Windows 10 is the most secure operating system it ever released, and at the core of its security arsenal is none other than Windows Defender.

While the application has already been praised by security researchers for offering performance that matches the one of third-party antivirus products, Windows Defender keeps getting more improvements, and the upcoming Windows 10 19H1 update will continue this trend.

I’ve already told you that Windows Defender will feature Tamper Protection in Windows 10 19H1 in order to block users from making changes to the security features of the operating system.

But in addition to Tamper Protection, Windows Defender will also be updated with a new Protection History experience that will make it easier to keep an eye on your malware logs and see how the antivirus cleaned your system.