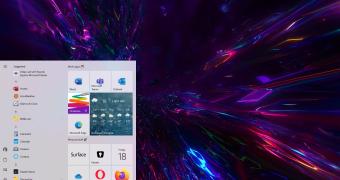 The new update is KB5003690, and it can be downloaded by users running Windows 10 21H1 preview builds in the Beta and Release Preview channels of the Insider program.

Needless to say, this update doesn’t include any security fixes, but on the other hand, it comes with plenty of improvements, as Microsoft has finally managed to resolve a series of important bugs.

For example, the news and interests blurry text glitch is finally resolved, and so are problems affecting the Windows taskbar and Xbox Game Pass titles on Windows 10.

“We fixed an issue with Search box graphics on the Windows taskbar that occurs if you use the taskbar’s context menu to turn off News and interests. This graphics issue is especially visible when using dark mode. We fixed an issue that might redirect you to the Microsoft Store page for Gaming Servi… (read more)
Remember to like our facebook and our twitter @WindowsMode for a chance to win a free Surface Pro tablet every month!