Windows 10 After 5 Years: First Start Menu vs. the Most Recent Redesign 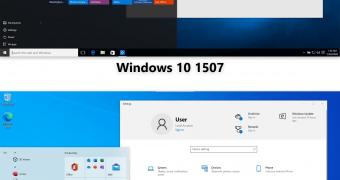 And the first sign that the experience with Windows 10 has evolved big time is none other than the Start menu, which as you can see in this comparison shot now looks a lot more modern than the original version.

The Settings app itself has received additional improvements, some of which were based on user feedback, although it goes with saying that Windows 10 is still missing some functionality that users have been asking for.

And the first thing that comes to mind is the tab support in File Explorer, something that would allow users to work with multiple folders in the same UI of the file manager. Microsoft actually wanted t… (read more)
Remember to like our facebook and our twitter @WindowsMode for a chance to win a free Surface Pro tablet every month!