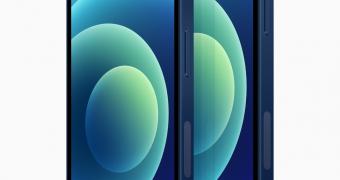 Microsoft has put a lot of effort into the Your Phone app, which brings Windows 10 PCs and Android devices in sync, eventually offering all kinds of innovative features like access to notifications, screen mirroring, and even running Android apps on the desktop.

At first, the Your Phone app was also supposed to bring similar capabilities to iPhone users, but given Apple’s closed garden, it’s pretty clear Microsoft is having quite a hard time doing this.

In the meantime, a software developer has created a Windows 10 app called Thy Phone and supposed to bring some of the Your Phone functionality aimed at Android devices to iPhone users, thus allowing Apple’s smartphone to play nice with Microsoft desktops.

“It uses functionality available in Windows 10 2004 and above to setup a phone device to use Windows as a handsfree device. This allows you to conduct calls through your PC microphone and speakers (or headset) and see call progress and incoming call alerts on your… (read more)
Remember to like our facebook and our twitter @WindowsMode for a chance to win a free Surface Pro tablet every month!