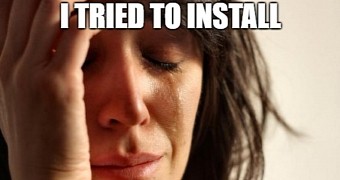 KB4093112 is the April 2018 cumulative update for Windows 10 Fall Creators Update, and as we reported yesterday, it’s causing some issues on a number of systems, including the already traditional failed installs.

The number of reports pointing to such bugs is growing at a worrying rate, signaling another widespread problem with cumulative updates, though for the time being Microsoft is yet to acknowledge any such issue hitting KB4093112.

We’ve been monitoring posts on support forums online and it looks like more users are hitting similar failed installs, and the symptoms are pretty much the same as for other cumulative updates.

The post that we’ve quoted in yesterday’s report,… (read more)