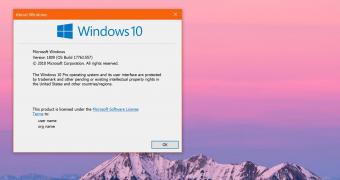 Microsoft has recently acknowledged a bug in the latest cumulative update for Windows 10 October 2018 Update, or version 1809, explaining that some devices may end up stuck on a black screen on the first boot after install.

Specifically, the company explains that cumulative update KB4503327, which was released for Windows 10 October 2018 Update computers on the June 2019 Patch Tuesday cycle, comes with an issue breaking down the boot process.

However, this only happens on the first startup after you install update KB4503327, Microsoft says, and everything should work correctly on the second attempt to boot to the desktop.

“We are investigating reports that a small number of devices may startup to a black screen during the first logon after installing updates,” Microsoft says.