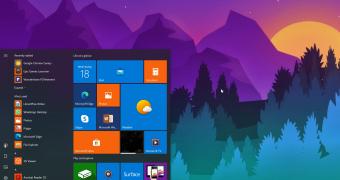 Microsoft has released a new cumulative update for Windows 10 version 1903 and 1909, and users can download it right now by manually checking for updates in Windows Update.

Cumulative update KB4541335 comes with the same changes on the two Windows 10 versions, and the most notable for home users concern the Start menu and File Explorer.

The official changelog, which you can find embedded in the box after the jump, reveals that this cumulative update resolves a bug in File Explorer that caused the app to close unexpectedly when using roaming profiles between different versions of Windows 10.

As many users already found out the hard way, the experience with File Explorer has so far been full of ups and downs, so Microsoft resolving more bugs is without a doubt good news. File Explorer continues to be one of the most popular Windows 10 built-in tools, as many stick with it rather than installing third-party file managers.