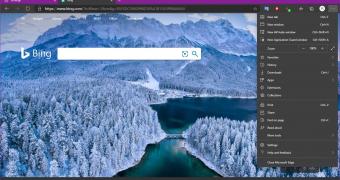 Microsoft’s attempts to build a solid browser that would compete against the likes of Google Chrome and Mozilla Firefox have been over-discussed throughout the years, especially following the decision to replace Internet Explorer with Microsoft Edge.

Many believed Microsoft Edge, originally referred to as Project Spartan, would be the highly-anticipated Microsoft browser that would crush Google Chrome, and using the large Windows userbase, become the number one browser on the desktop.

This didn’t happen, however, due to a number of reasons, and I’d say the most important were the lack of support for extensions at first and the rare updates that only landed as part of Windows 10 feature updates.

In late 2018, Microsoft decided to give another try to building a good browser for Windows 10, but this time the company more or less surrendered to the domination of Chrome in this market. So what it did was give up on the original Edge version and build a new one based on… (read more)
Remember to like our facebook and our twitter @WindowsMode for a chance to win a free Surface Pro tablet every month!