Windows 10 on Android Phones Is a Real Thing Now 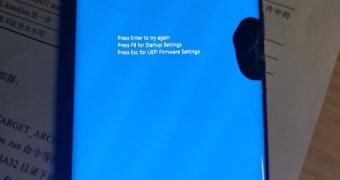 Microsoft has more or less abandoned the idea of a fully-featured Windows phone, and after the demise of Windows 10 Mobile, the future for the company’s mobile strategy appears to be based entirely on Android.

This doesn’t necessarily mean that Windows can’t survive in the mobile business, and living proof in this regard comes from the skilled developer community that continues investing in projects pushing Microsoft’s deeper and deeper into the unexplored smartphone business.

More recently, Windows 10 has stepped into the Android phone world, as some developers managed to install the ARM version on devices that originally launched with Google’s mobile operating system.

A report from WL points to two such projects that brought Windows 10 ARM on OnePlus 6 and Xiaomi Mi Mix 2S, as well as on Samsung’s very own Galaxy S8 – as a matter of fact, Samsung Galaxy S8 won’t get And… (read more)
Remember to like our facebook and our twitter @WindowsMode for a chance to win a free Surface Pro tablet every month!