Windows 10 September 2019 Update to Be Finalized in October, Launch in November 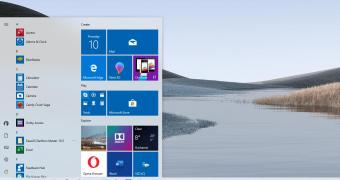 Microsoft is supposed to release a new feature update for Windows 10 any day now, according to the company’s very own schedule, but by the looks of things, we might have to wait a few more weeks until this happens.

The first one is projected to launch in the spring – usually finalized in March and then shipped in April or May (the version numbers of these updates typically end in 03, a indicator of the month when they were finalized; Windows 10 April 2018 Update, for example, is version 1803 because it was completed in March 2018).

The second update gets the go-ahead in the fall – this means it’s finalized in September and then released in October (again, the version number indicates when the update was signed off, so it’s ending in 09 – living proof is Windows 10 October 2018 Update which landed as version 1809 because it was finalized in September 20… (read more)