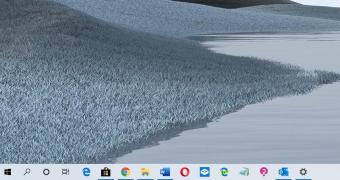 Windows 10 November 2019 Update, or version 1909, is just around the corner, and while this release won’t bring too many new features and improvements, it could come with a change turning the Microsoft Store into a second-class citizen.

As some have discovered recently, clean-installing Windows 10 November 2019 Update using the build which Microsoft says is final no longer pins the Microsoft Store app to the taskbar.

In other words, you’ll get a cleaner taskbar without the Store icon, so if you want to launch this feature, you need to do it from the Start menu.

The change, if it indeed makes its way to the production build of Windows 10 November 2019 Update, is a little bit unexpected, especially as Microsoft has pushed hard for the Microsoft Store to become a more successful feature.

Microsoft Store in the long term

If at first glance the removal … (read more)