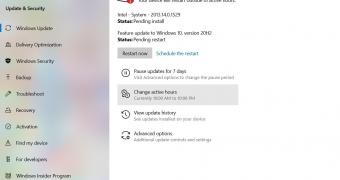 Despite the fact that Windows 10 version 2004, or May 2020 Update, is still being rolled out in stages, Microsoft is getting ready to finalize the next feature update for its desktop operating system.

Called Windows 10 version 20H2, this new feature update is projected to be completed and released in the fall – according to Microsoft’s typical release schedule, the RTM build should be signed off in September, while production devices are supposed to receive it in October or November.

Naturally, Windows 10 version 20H2 is still in the testing phase, and as it turns out, Microsoft has recently released it for users enrolled in the Windows Insider program in the Release Preview ring.

The feature update reportedly showed up for some testers in this ring, and it is officially called “Windows 10, version 20H2.”

While it’s hard to say if this is just an experiment or Microsoft has indeed started … (read more)
Remember to like our facebook and our twitter @WindowsMode for a chance to win a free Surface Pro tablet every month!