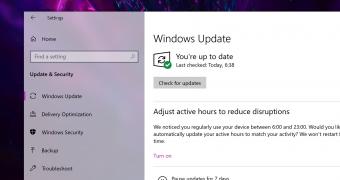 Windows 10 version 21H1 was officially announced a few weeks ago, and now Microsoft has already reached the point where the company can start the automatic update of some devices.

The company previously announced that users running the latest versions of Windows 10 would get the best update experience, with the installation of version 21H1 to be completed just like in the case of a quality update.

Microsoft, however, now warns that although the automatic update phase has started, not everybody is getting the new version of Windows 10 just yet.

“We also started the first phase in our rollout for machine learning (ML) training, targeting devices on Windows 10, version 2004 to update aut… (read more)
Remember to like our facebook and our twitter @WindowsMode for a chance to win a free Surface Pro tablet every month!