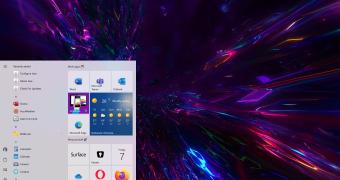 Microsoft was originally expected to launch Windows 10X, the operating system that it originally built with dual-screen devices in mind, as soon as this year, but according to a new report, the whole plan has completely changed right now.

And the reason is as simple as it could be: the company wants to focus on the full version of Windows 10 and the major update that it’s projected to receive in the fall of the year.

Windows 10X was announced a long time ago as the modern Windows 10 experience specifically built for Windows 10 devices, but Microsoft later confirmed the new operating system would first launch with support only for single-screen computers.

And it was because this new dual-screen form factor isn’t ready for the PC market just yet, so Windows 10X was expected to go live in the spring of this year alongside a new category of devices. This is also the reason Windows 10 version 21H1 is also just a small update, as Microsoft didn’t want to ship both Windo… (read more)
Remember to like our facebook and our twitter @WindowsMode for a chance to win a free Surface Pro tablet every month!