Windows 10X, Not Android: This Could Be Microsoft’s Modern Windows Phone 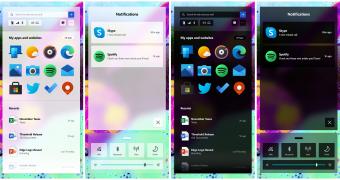 Microsoft’s decision to install Android on the Surface Duo certainly took many by surprise, especially because most people thought the company was done with investing in mobile hardware.

But by the looks of things, Microsoft still wants to be part of the mobile device fun, and despite having its very own operating system optimized for dual-screen devices, its first dual-screen device doesn’t run it.

Instead, Microsoft will use Android for the Surface Duo, with the device projected to launch late next year.

Meanwhile, users are calling for Microsoft to give up on the idea of using Android on its new phone and instead go for Windows 10X, the dual-screen platform that makes so much sense going forward in mobile.

And a concept published this week by redditor TheVoneTrecker goes a step further, imagining Duo… (read more)
Remember to like our facebook and our twitter @WindowsMode for a chance to win a free Surface Pro tablet every month!