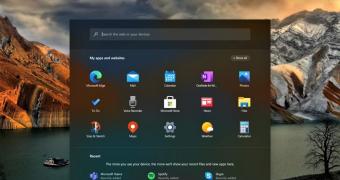 Windows 10X is Microsoft’s ambitious operating system supposed to power dual-screen devices, yet the software giant’s plans have already changed and this new product would first land on single-screen PCs.

While the company has so far remained tight-lipped on the actual release date of Windows 10X, people familiar with the matter said late 2020 was the target for the RTM build, which means that theoretically, the operating system should already be finalized right now.

According to the information that made the headlines lately, Windows 10X is projected to launch on the first devices in the spring, and then receive a major update a year later. Worth knowing Windows 10X wouldn’t be released as a stand-alone operating system like Windows 10 but only be pre-loaded with a new category of devices.

Windows 10X will come with a new UI as compared to Windows 10, including a new Start menu. And thanks to Microsoft watcher <a href="http… (read more)
Remember to like our facebook and our twitter @WindowsMode for a chance to win a free Surface Pro tablet every month!