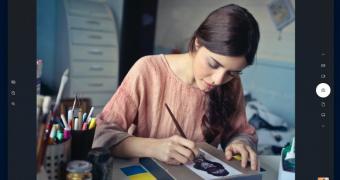 Microsoft has recently announced a new update for the Camera app bundled with Windows 11, and just as expected, the pack of improvements includes a more polished UI that aligns with the rest of the operating system.

Furthermore, the software giant says it has included support for QR code and barcode scanning, so make sure you install the most recent version to get the new functionality.

“The Camera app has been updated to match the beautiful new look and feel of Windows 11. In addition to the existing support for camera, video, document, and whiteboard capture modes, we are excited to introduce QR code and barcode scanning as well,” the software giant explains.

Microsoft explains that users who are enrolled in the Windows Insider program in the Dev channel are also getting a couple of changes for the Movies & TV app bundled with the operating system.
More specifically, the Movies & TV app is being updated to version 10.220… (read more)
Remember to like our facebook and our twitter @WindowsMode for a chance to win a free Surface Pro tablet every month!