Windows 11 Control Panel Gets Back One Option, Demise Still the Long-Term Plan 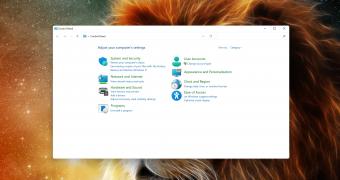 We’ve known for a while that Microsoft plans to kill off the classic Control Panel in Windows, and the debut of Windows 11 is reason enough for the company to accelerate this transition.

The software giant wants to move every single part of the legacy Control Panel to the new Settings app bundled with Windows and providing a more modern experience.

But in some cases, the migration from Control Panel to Settings isn’t necessarily happening as flawlessly as Microsoft expected it to happen, so the company has recently decided to revert one such change.

In other words, the Network Connections applet has returned to the Control Panel as part of the latest Windows 11 preview build, as noted by BP. Microsoft hasn’t offered any reason for this decision, but on the other hand, expect the whole thing to be just temporary.

The demise of the Co… (read more)
Remember to like our facebook and our twitter @WindowsMode for a chance to win a free Surface Pro tablet every month!