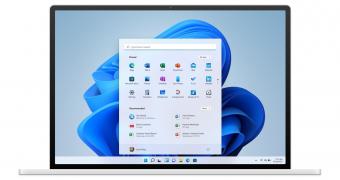 Microsoft has already announced that Windows 11 would receive a single feature update every year, and in a recent support document, the company also reveals when the rollout is supposed to take place.

More specifically, the Redmond-based software giant says Windows 11 will get new feature updates in the second half of each year, which means that in theory, the release would typically happen in the fall.

At this point, Windows 10’s fall update gets the go-ahead in October or November, and there’s a good chance Microsoft would use a similar schedule for Windows 11 as well.

Windows 11 feature updates are therefore projected to be finalized in September and then released to users in October or November, obviously with Insiders typically getting them first.

Two years of support for Home and Pro

Microsoft also confirmed that Windows 11 will receive a total of two years of updates in the case of Home and Pro SKUs, while the versions at enterprises woul… (read more)
Remember to like our facebook and our twitter @WindowsMode for a chance to win a free Surface Pro tablet every month!