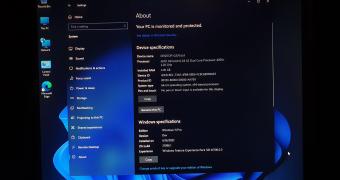 The Windows 11 build that got leaked earlier today is a great opportunity not only to find out what’s coming in the next operating system but also to figure out if your computer can run the next Windows.

And as it turns out, Microsoft is specifically working on making Windows 11 feel like home on old hardware as well, though, for the time being, it’s obviously too early to discuss system requirements and everything else given the new OS hasn’t been announced officially.

Someone on reddit, however, tried a rather simple experiment, installing Windows 11 on a 2007 computer with an AMD Athlon 64 X2 4200+ processor and just 4GB DDR2 RAM.

And the results are impressive, though installing Windows 11 on such an old system also requires some tweaks to deal with TPM and UEFI. And then, you may also need to disable some services, including Windows Defender, in o… (read more)
Remember to like our facebook and our twitter @WindowsMode for a chance to win a free Surface Pro tablet every month!