Windows Core OS to Get a New Action Center 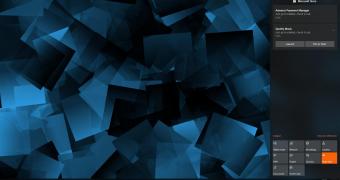 Microsoft is working on a new Action Center for Windows Core OS, according to a recent discovery.

While specifics aren’t available right now, the Redmond-based software giant is focusing rather aggressively on Windows Core OS, so an update Action Center certainly aligns with these efforts.

Windows Core OS, which serves as a modular platform for the core experience in Windows, could serve as a starting point for new projects, including Microsoft’s very own dual-screen device expected sometime later this year or in 2020.

And while Microsoft has until now remained more or less tight-lipped on such projects, the LinkedIn profile of a Microsoft software engineer discovered by WL seems to reveal that one of the features the company is working on is a refined Action Center for WCOS.