Windows Defender Blocks CCleaner Due to Software Bundled with the Installer 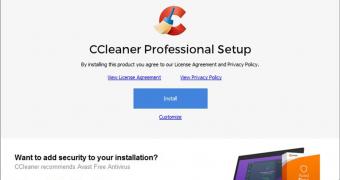 CCleaner is now flagged as a Potentially Unwanted Application, or PUA, by Microsoft’s Windows Defender antivirus, and its installation is thus blocked on Windows 10 devices.

While the software originally added CCleaner to its threat database with only a few details, Microsoft published an update on July 29 to explain why exactly the application is blocked by Windows Defender.

Microsoft says CCleaner itself is not a dangerous program but its installer includes certain software, such as Google Chrome, the Google Toolbar, AVAST and AVG antivirus that users may not want.

“Certain installers for free and 14-day trial versions of CCleaner come with bundled applications, including applications that are not… (read more)
Remember to like our facebook and our twitter @WindowsMode for a chance to win a free Surface Pro tablet every month!