Windows Is All About Windows 10 Now 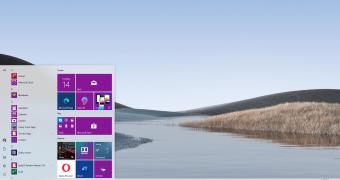 Microsoft has been trying to push users to Windows 10 for several years already, but it’s not a secret that many users tried to resist the migration, sticking with Windows 7 for as long as possible.

Today, however, Windows finally becomes all about Windows 10.

The death of Windows 7 represents an important milestone not only for users whose devices need to be upgraded, but also for Microsoft, as the company can now leave behind older operating systems and focus on the modern experience from one end to another.

Windows 7 has long been a tough nut to crack, especially because it doesn’t necessarily align with Microsoft’s next-generation Windows ambitions. The lack of a Microsoft Store and apps like Cortana turned Windows 7 into the last OS version providing users with the traditional Windows experience on the desktop.

And as of today, this is officially gone.

Windows 7 no longer receives support after the January 14 Patch Tuesday cycle, which means that devices wh… (read more)
Remember to like our facebook and our twitter @WindowsMode for a chance to win a free Surface Pro tablet every month!