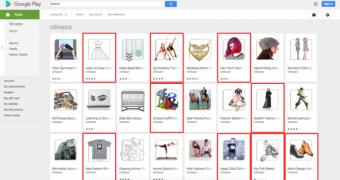 It’s not necessarily a surprise that malware is discovered in Google Play Store apps, but this time, there’s something a little bit unexpected in the data found infected.

A report from Palo Alto Networks reveals that a total of 145 applications published on the Google Play Store were infected not with Android malware, but with a Windows virus. The APKs included malicious executable files, a report shows, and the apps have been on the Store for approximately half a year.

The download count reaches 1,000 hits in some cases, and some apps had 4-star ratings. The infected files do not impact Android directly, but instead are specifically aimed at Windows, so they can only cause damage when the APKs are unpacked on a PC.

No harm on Android