Windows Search Broken Down Due to a Feature Nobody Likes Anyway 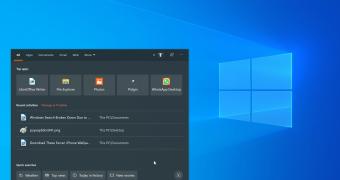 The search feature bundled with Windows went down a few hours ago due to an issue with Bing search, making it impossible for users to search for local files or online information.

The Bing search engine is baked into Windows Search, and the outage impacting the online service caused issues on Windows 10 devices.

Microsoft confirmed the problem, explaining that the culprit was a third-party networking fiber provider that experienced a disruption.

“Users may have been unable to access multiple Microsoft 365 services. Additionally, users who were able to access services may have experienced latency,” the company said.

According to the software giant, users in Europe were particularly affected by the outage.