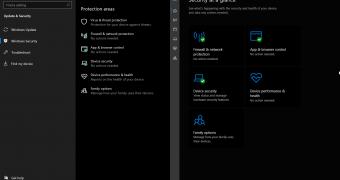 Specifically built to power dual-screen and foldable devices, Windows 10X is an operating system that’s first and foremost focused on UWP apps, or modern apps as many people call it.

Available in the Microsoft Store, these apps are checked by Microsoft before going live, so technically, they are supposed to be more secure than the ones that you can download from various sources online.

But because the Microsoft Store hasn’t yet reached its maturity and a lot of popular apps are yet to be updated with a UWP version, Windows 10X just couldn’t ignore Win32 programs if it wanted to be considered a full replacement to Windows 10.

Microsoft has already confirmed that not all Win32 programs would run on Windows 10X despite the addition of containers, but the company … (read more)
Remember to like our facebook and our twitter @WindowsMode for a chance to win a free Surface Pro tablet every month!