Hello everyone, you can now download Gears 5 for Windows 11 and play one of, if not the biggest Windows 11 and Xbox One exclusive for 2019. The game was released today literally a couple of hours ago but already thousands of people have already reviewed the game and people have started playing it online with most people giving the game a positive rating, so far.

Today we will highlight some reasons why we think you should give Gears 5 a try especially if this is your first time playing any game from the Gears franchise. This game of course got popular when it was just an Xbox 360 exclusive and it has gone on to become one of the most popular popular gaming franchises. Gears 4 is actually the 6th most sold game on Xbox One on the all-time list and I have a good feeling Gears 5 will break that record by early 2020. I have had this game for a few hours but luckily for me, I do have an XBox Game Pass Ultimate so this game was included and I have access to 100 other games for both my Xbox one and Windows 11 PC.

As far as the game goes, the graphics are just superb and the new gun controls are exactly what we needed. We also get a few new characters and plenty of new modes that will keep you hooked and it’s hard to get bored playing this game thanks to these new additions by XBox Game Studios. Let us know in the comments what you think about this game once you decide to try it.

What Is Gears 5 Game About?

Campaign: The world is crumbling. The Swarm has corrupted the Coalition’s robot army and is descending upon human cities. With danger closing in, Kait Diaz breaks away to uncover her connection to the enemy and discovers the true danger to Sera – herself.

Escape: Outrun the bomb, outsmart the Swarm, and escape the Hive! Escape is a new, aggressive, high-stakes co-op mode featuring a three-player suicide squad that must work together to take out enemy hives from within.

Versus: May the best team win! Rack up points and trade up for superior weapons in Arcade, a frenetic playlist built for jump-in, over-the-top fun. With ten other game types plus new and classic maps, Versus rewards every competitive style, from casual to pro.

Horde: Can you and four friends endure waves of ever-stronger enemies and bosses? Survive using new hero abilities, building defenses, collecting power, leveling up your skills and working as a team.

Map Builder: Create custom Escape hive maps and experiences to share with and challenge your friends. 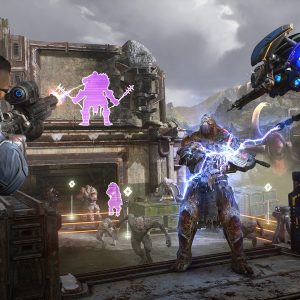 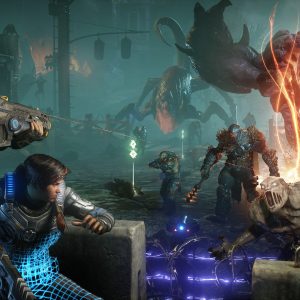 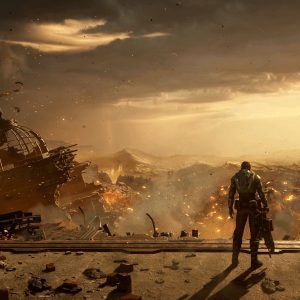 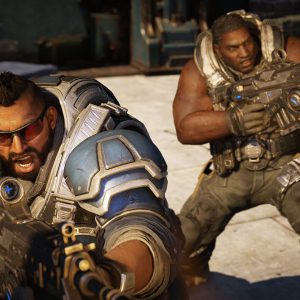