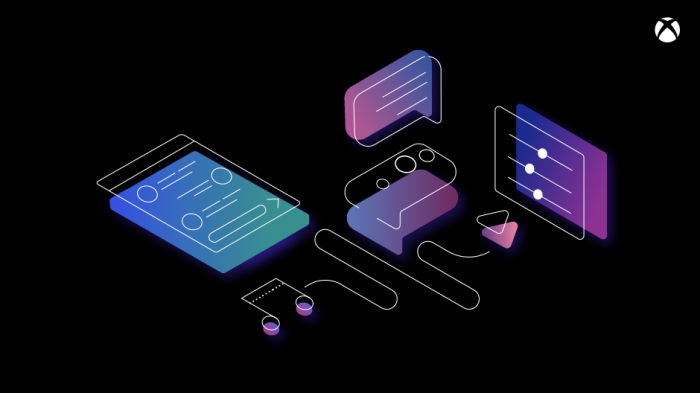 Hello everyone, today you can download the Xbox Game Bar for Windows 10 and you will instantly understand why a lot of people are really excited about using this new feature. Of course some gamers knew about this function since May 2019 but the majority of people actually have no idea this exist until this weekend when Microsoft started a somewhat heavy promotion of the revamped Xbox game bar.

Today we will highlight some new features and change that should most likely make you re-download, if you already have it and for those of you who are using this for the first time like myself, you will most likely love it. In our offices here at Oxavi Group, I would say 60% of our staff has PS4 and the rest of us prefer to game on our Xbox one’s. With that said, I am really happy Microsoft is finally taking the integration of Windows 10 PC’s, tablets and cellphones into serious consideration as social gaming continues to be the focus. I first tried it out yesterday and I love it! Much more than I expected myself to, and before I say anything else, the Xbox game bar is free to download and install. With that said, please let us know in the comments what you think about it once you decide to try it.

What Is Xbox Game Bar About?

Xbox Game Bar is the customizable gaming overlay built into Windows 10. Xbox Game Bar works with nearly all PC games, giving you instant access to widgets for screen capture and sharing, controlling your music, finding new teammates with Looking for Group (LFG), and chatting with Xbox friends across Xbox console, mobile, and PC, all without leaving your game. You can access these new features by pressing the Windows key and the “G” key at the same time – “Win+G” – to bring up the Xbox Game Bar when playing nearly all PC games or choose your own custom keyboard shortcut.

Like many of you, we believe music is a very important part of the gaming experience. Now you can easily control music and podcasts on Spotify from the Spotify widget in the Xbox Game Bar, including favoriting, shuffling and selecting playlists recommended for you by Spotify. You’ll need the Spotify app for Windows installed to take advantage of this new feature, so be sure to get it from the Microsoft Store or Spotify.com.

You can get started in three simple steps:

The social features in Xbox Game Bar allow you to have conversations with friends who play on PC, Xbox One, and mobile, as well as watch their Mixer streams and send them your creations instantly. Players can use the Looking for Group (LFG) feature on Xbox Game Bar to find new teammates or a raid party with a common play style, all without using a third-party site. Gamers can chat with their friends, using voice or text, in Xbox Game Bar across Xbox One, mobile apps, and PC. Conversations are synced on all Xbox apps, so keep chatting after the game to share memes and coordinate your next session.

Press Win+G at any time to bring up Xbox Game Bar, send a quick message, and get back into the action without taking your eyes off the game.

During your game, hit Win+G to call up Xbox Game Bar, open the Broadcast & capture widget in the widgets menu, and take a screenshot. Use the Captures widget to add overlay text to your screenshot and make a meme, which you can share with your friends via a message or with the world via Twitter.

You can customize Xbox Game Bar to make the overlay your own. You can choose which widgets to show/hide, where you want them located, and pin specific widgets to be always visible. Build your own favorite Xbox Game Bar layout based on the way you prefer to play to enhance your gaming experience. 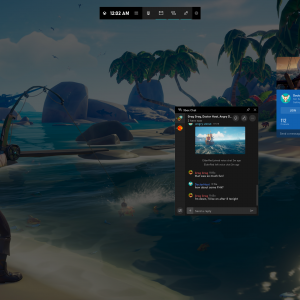 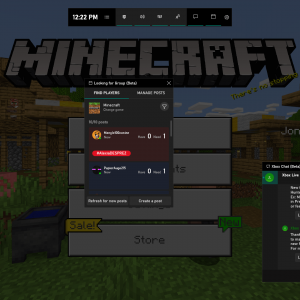 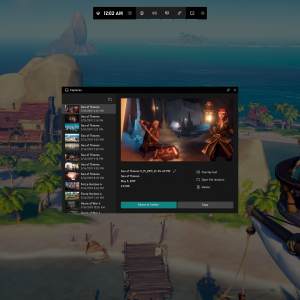 Hello! I love most forms of music, I am an artist myself and I also enjoy yoga, dancing and I love everything in technology, especially Windows 10!