The Outer Worlds on Windows 11

Hello everyone, today you can download The Outer Worlds for Windows 11 and experience an awesome fresh action, adventure, & role playing game that is currently one of the top 5 most downloaded games according to the official stats from the Microsoft Store for both PC and Xbox One.

Today we will highlight some reasons why you should give The Outer Worlds a try especially if you haven’t played a game like this before. This game is a single player sci-fi RPG made by Obsidian Entertainment and Private Division. With so many of the games these days focused on multiplayer, it’s quiet refreshing to play a solid single player game that has a unique storyline backed with amazing graphics and even better gameplay. If you love exploring space, new never before seen world and encountering danger along the way, this game is for you. I have only started playing it today thanks to my XBox Game Pass Ultimate and so far I have put in about 4 hours so I can’t say too much about it except that I like it so far! The weapons, the sound, the character voices are just right. Go ahead and check the screenshots and video demo below as well before you buy it. Let us know what you think in the comments below once you decide to download it.

Install The Outer Worlds on Windows

What Is The Outer Worlds Game About?

he Outer Worlds is a new single-player sci-fi RPG from Obsidian Entertainment and Private Division. As you explore the furthest reaches of space and encounter a host of factions all vying for power, who you decide to become will determine the fate of everyone in Halcyon. In the corporate equation for the colony, you are the unplanned variable.

Lost in transit while on a colonist ship bound for the furthest edge of the galaxy, you awake decades later than you expected only to find yourself in the midst of a deep conspiracy threatening to destroy the Halcyon colony. As you explore the furthest reaches of space and encounter a host of factions all vying for power, who you decide to become will determine the fate of everyone in Halcyon. In the corporate equation for the colony, you are the unplanned variable.

• Lead a crew of companions armed with unique abilities that have their own missions, motivations and ideals

• Find your ship and explore the settlements, space stations and other diverse locations in the Halcyon colony 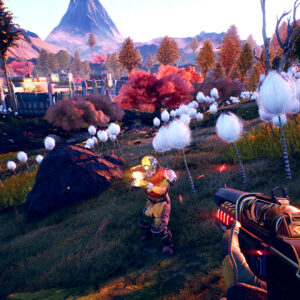 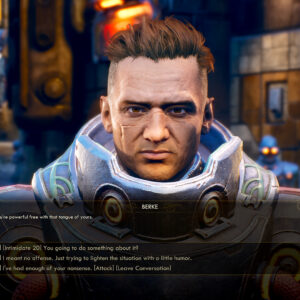 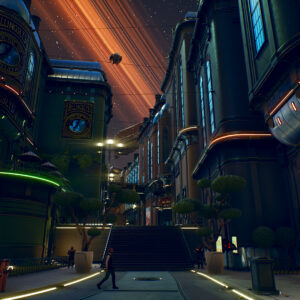 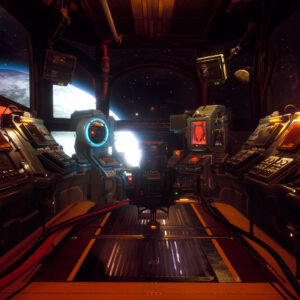