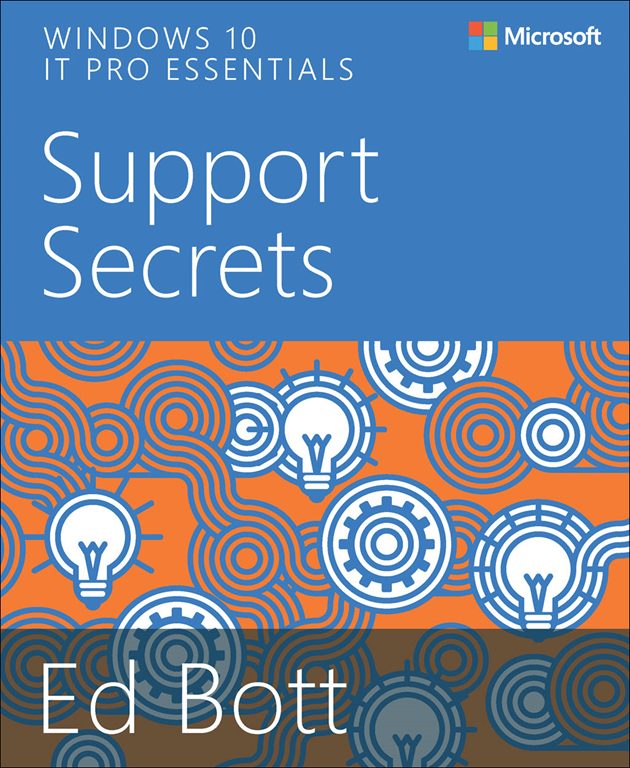 Hello everyone, how are you all doing today? Interested in Windows 10 IT pro secrets? Windows 10 IT Pro Essentials Support Secrets is a must have eBook for anyone who wants to know how to truly operate and use Windows 10 to it’s full glory, this eBook is one you should not ignore, plus, it’s 100% free, you don’t even have to submit your emails like some other web sites ask you to, here we have the real book for free thanks to Microsoft themselves, releasing this book to the public for free not too long ago.

The book was written by Ed Bott, Windows 10 IT Pro Essentials Support Secrets introduces you to just about everything you would want to know about Windows 10 including some hidden stuff that most of you have no idea about. The book is sort after for such reasons. It includes a lot of neat tips and tricks on how to solve common issues, on top of that, with the way Windows 10 is taking over the base installs of almost all new Laptops, more and more people around you will start asking us IT/computer people how to do this and how to do that. This book covers this and much more. I am still reading it actually, I am just about halfway done and so far I very impressed. This book is a must have especially for anyone who has to use Windows 10 daily or perhaps you are a teacher at a company/school and you want to teach your students somethings, this eBook is perfect for you.

Windows 10 is a personal computer operating system developed by Microsoft as part of the Windows NT family of operating systems. Officially unveiled in September 2014 following a brief demo at Build 2014, the operating system entered a public beta testing process in October 2014, leading up to and continuing through the consumer release of Windows 10 on 29 July 2015, and its release to volume licensing on 1 August 2015. To encourage its adoption, Microsoft announced that during its first year of availability, Windows 10 would be made available free of charge to users of genuine copies of eligible editions of Windows 7 or Windows 8.1. We have more information on what is Windows 10.