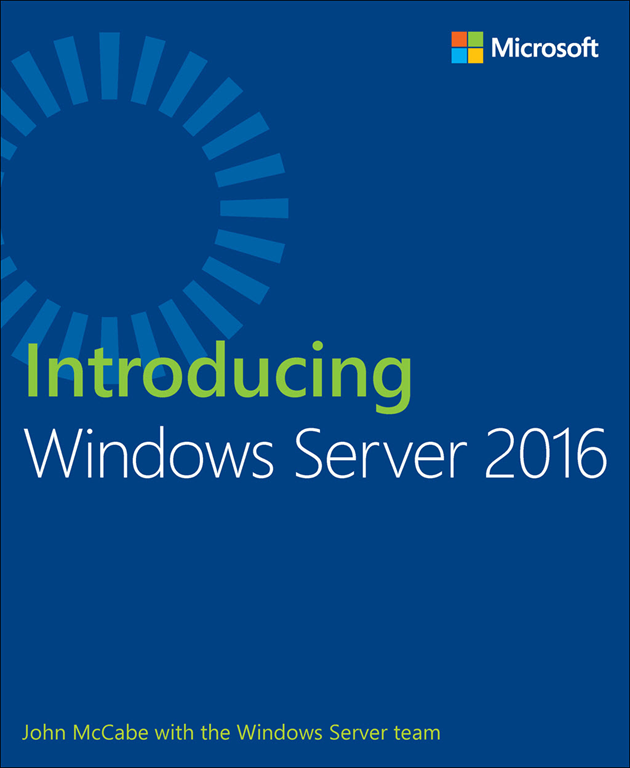 Hello everyone, how are you all doing today? Interested in Windows Server 2016? Introducing Windows Server 2016 is a must have eBook for anyone who wants to know how to manage, update and repair the 2016 Windows Servers, this eBook is one you should not ignore, plus, it’s 100% free, you don’t even have to submit your emails like some other web sites ask you to, here we have the real book for free thanks to Microsoft themselves, releasing this book to the public for free not too long ago.

The book was written by John McCabe and the Windows Server team, Introducing Windows Server 2016 introduces you to Microsoft’s 2016 Windows Server, what it can do, who it is for, how to do the basics, installing Windows Server 2016, Nano server intro, Azure, the architecture and design strategy behind Microsoft’s Server builds and so on. It is perfect for students, and even Linux-only admins will want to pick up this eBook and have a quick read, you will be surprised at what you can learn that you might find very useful one day.

In Windows Server 2016, Physical and virtual machines benefit from greater time accuracy due to improvements in the Win32 Time and Hyper-V Time Synchronization Services. Windows Server can now host services that are compliant with upcoming regulations which require a 1ms accuracy with regards to UTC.

The new and changed functionality of the Hyper-V role in Windows Server 2016, Client Hyper-V running on Windows 10, and Microsoft Hyper-V Server 2016.

There are also improvements to the Recovery Console, including separation of inbound and outbound firewall rules as well as the ability to repair the configuration of WinRM.