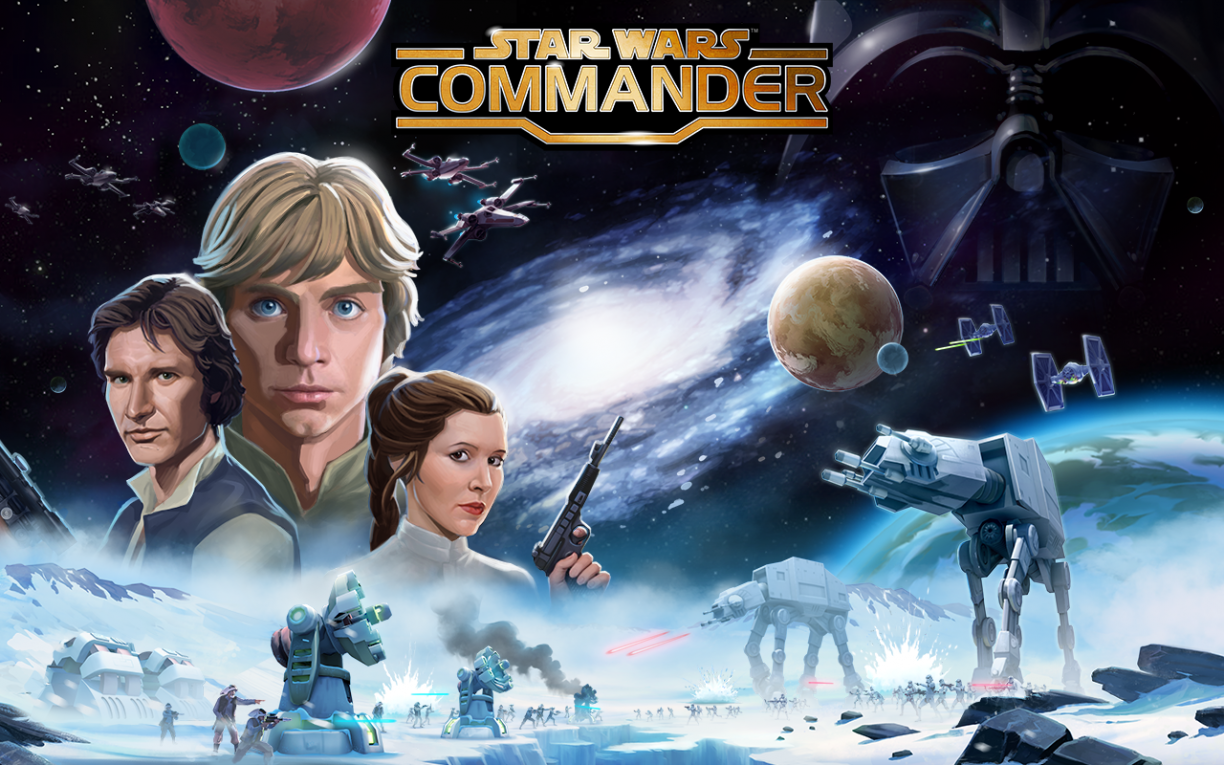 NOTE: THIS GAME IS NO LONGER AVAILABLE TO PLAY ON WINDOWS – THE DEVELOPERS DECIDED TO NOT UPGRADE IT TO BE COMPATIBLE WITH WINDOWS 10 🙁

Hello everyone, how are you all doing today? I hope you are all having a great week so far. Happy Easter to those of you who celebrate it and happy holidays to everyone else, anyway please read on, we have an awesome Windows 10 game I want to share asap!

Today we will highlight an awesome Windows 10 game that have you hooked for hours! Have any of you heard of Star Wars: Commanders? If you are into strategy-action rpg type games, then you will absolutely love this game, especially if you are a Star Wars fan. Love Darth Vader? Darth Nihilus(my new favorite Sith), Luke? Well then this game is for you, the graphics are also pretty nice and you don’t need a heavy duty graphics card or processor to enjoy this game.

What Is Star Wars: Commander About?

The Galactic War rages on. Where does your allegiance lie? Will you side with the Rebellion or the Empire? Join the fight, build your base, recruit and train your army, strategically plan your defenses, and lead your troops to victory on war-torn worlds throughout the galaxy!

Battle with or against iconic characters like Darth Vader, Darth Nihilus, Luke Skywalker, Han Solo, and Princess Leia, and utilize or destroy units like AT-ATs, Speeder Bikes, Wookiee Warriors, and Stormtroopers. Join millions around the globe to play in this epic combat strategy game. Commander, the fate of the galaxy is in your hands!

• CHOOSE to fight for the Rebellion or the Empire
• TRAIN your troops to charge into battle
• BUILD units and vehicles with multiple upgrades
• DEFEND your base against enemy forces
• COMPLETE original story missions and gain additional rewards
• LEVEL UP your heroes, troops, vehicles, and more
• BATTLE on different worlds within the Star Wars universe
• TEAM UP WITH FRIENDS and allies to form the ultimate squad

Upgrade your Planetary Command building to scout and relocate your base to new worlds such as Dandoran, Yavin 4, Er’Kit and Hoth to expand your command and strengthen your squad. 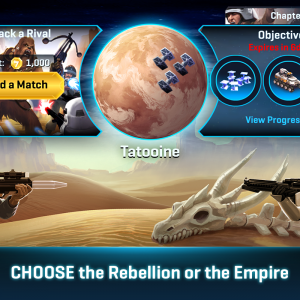 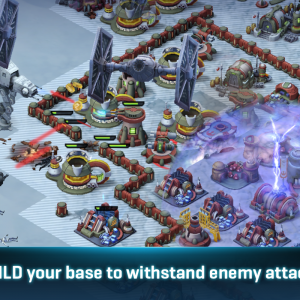 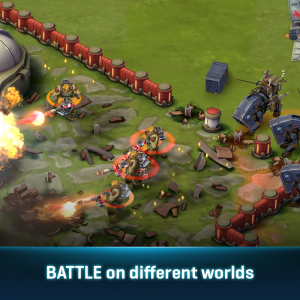