What Is Microsoft Azure?

Hello everyone, how are you all doing today? My day is going quite fine. It could be better but let me count my blessings instead of my issues, right? Lol anyway, read on…

Today we will highlight one of the most popular products Microsoft has to offer. It’s called Azure, and on this page you will find out exactly what Azure is and if it is worth the money for your business. Let us begin.

What Is Windows Azure?

Microsoft Azure is a cloud computing platform and infrastructure, created by Microsoft, for building, deploying and managing applications and services through a global network of Microsoft-managed and Microsoft partner hosted datacenters. It provides both PaaS and IaaS services and supports many different programming languages, tools and frameworks, including both Microsoft-specific and third-party software and systems. Azure was announced in October 2008 and released on 1 February 2010 as Windows Azure, before being renamed to Microsoft Azure on 25 March 2014

Developers can write code for Cloud Services in a variety of different programming languages. There are specific software development kits (SDKs) provided by Microsoft for Python, Java, Node.js and .NET. Other languages may have support through Open Source projects. Microsoft published the source code for their client libraries on GitHub.

Windows Azure Virtual Machines comprise the Infrastructure as a Service (IaaS) offering from Microsoft for their public cloud. Virtual machines enable developers to migrate applications and infrastructure without changing existing code and can run both Windows Server and Linux virtual machines. Announced in preview form at the Meet Windows Azure event in June 2012. The Customers can create Virtual Machines, of which they have complete control, to run in the Microsoft Data Centers. As of the preview the Virtual Machines supported Windows Server 2008 and 2012 operating systems and a few distributions of Linux. The General Availability version of Virtual Machine was released in May 2013. 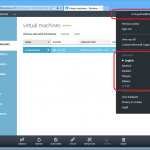 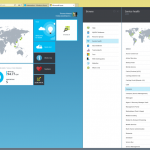 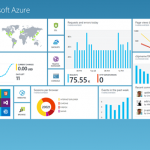 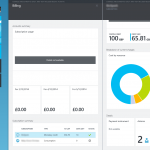 Quick Links: What Is Azure Monitor

Hello! I love most forms of music, I am an artist myself and I also enjoy yoga, dancing and I love everything in technology, especially Windows 10!